Washington, D.C. – Today, more than 140 organizations and businesses sent a letter to Secretary of the Interior Deb Haaland urging the Biden Administration to reject Willow, a massive oil project proposed by ConocoPhillips in America’s Western Arctic. If approved, the Willow Project will add an estimated 260 million metric tons of CO2 to the atmosphere, threaten the robust ecosystem that the Western Arctic supports, and make it virtually impossible for President Biden to meet his climate and public lands protection goals.

“Willow would have significant and permanent impacts on tribes and communities in the region,” said Siqiniq Maupin, Director, Sovereign Iñupiat For A Living Arctic (SILA). “Clean air and clean water are necessities for life, and Arctic communities should not have to trade their health and ability to breathe for basic essentials like running water and affordable heat. In light of the current gas leak only 8 miles from Nuiqsut, the most impacted by this project, it's more important now than ever to stop further extraction in the area. The Biden administration must reject this dangerous project that threatens our way of life.”

"The Willow project is a climate disaster in waiting and the result will have a defining effect on the President’s environmental and climate legacy,” said Nicole Gentile, Director, Public Lands at the Center for American Progress. “Now more than ever, the Biden Administration must prioritize environmental justice, climate action, and an equitable transition away from a fossil fuel dependent economy by rejecting the Willow project."

“Climate change poses an urgent, existential threat, as recently highlighted in a report issued by the Intergovernmental Panel on Climate Change (IPCC) documenting anticipated damage and loss of life from extreme weather events, species loss, increased food and water insecurity, and harm to physical and mental health,” said Jeremy Lieb, an attorney at Earthjustice. Faced with this crisis, green-lighting a new fossil fuel project such as Willow is incompatible with necessary efforts the administration must undertake to quickly phase out fossil fuels and reduce greenhouse-gas emissions.”

According to a new analysis by the Center for American Progress, the Willow Project would double the greenhouse gas emissions that President Biden aims to avoid with his Administration’s bold climate pledges. “The Willow project is almost laughably incompatible with the climate goals and international obligations made by the Biden administration,” writes Jenny Rowland-Shea, the Deputy Director for Public Lands at the Center for American Progress. 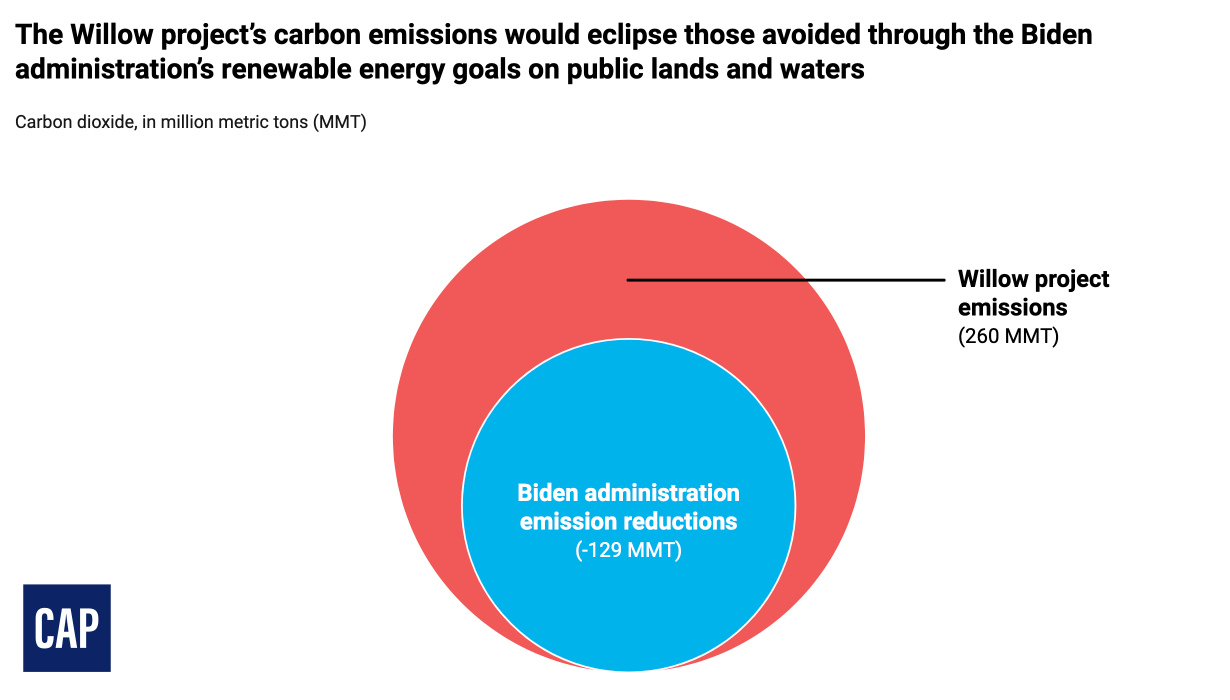 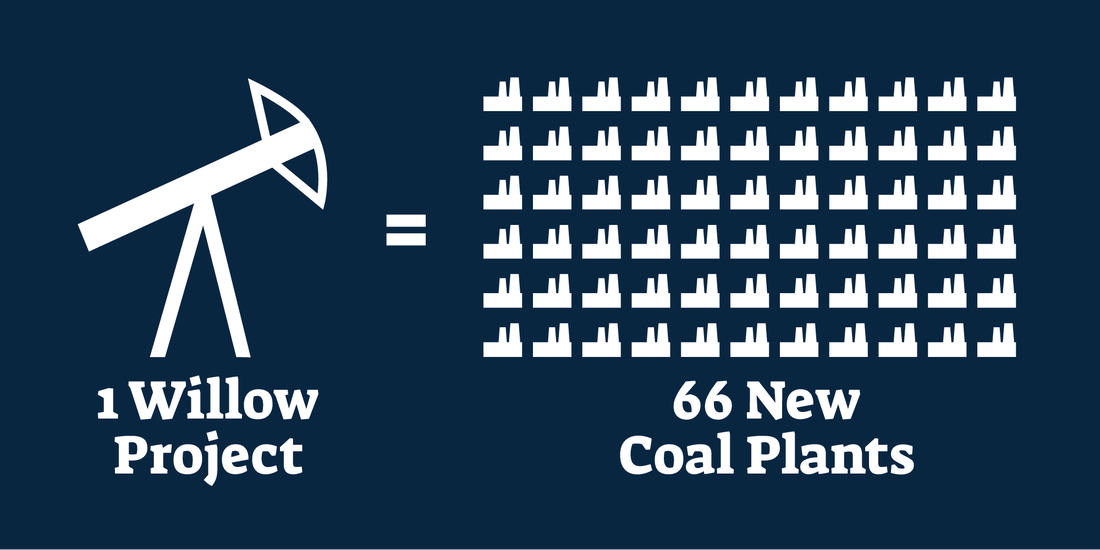